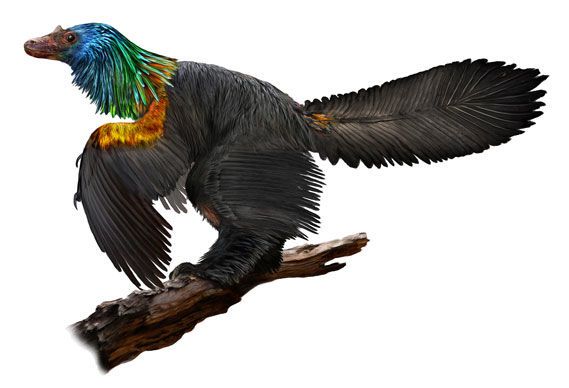 A 161-million-year-old fossil unearthed in China reveals that dinosaurs not only had feathers—some even had flashy ones. The duck-size dinosaur—named Caihong juji, Mandarin for “rainbow with the big crest”—sported iridescent feathers on its head, neck, and tail, National Geographic reports. Normally it’d be hard to figure out the color of a dinosaur, but in this case the fossil was so well-preserved that it contained traces of feather pigments.